So yes, many of us do start with setting.

Setting is far more than a time and a place.  Woven properly into a story, it becomes a character in itself.  Louis L’Amour was a master at this.  Why am I thinking about it?  Because I’m changing the setting of one of my books from Wyoming to Idaho, and what I discovered is that not one page of the 400-page manuscript is unaffected.  While it’s frustrating, my critique partner pointed out that if this weren’t true, then my story would have been a simple costume drama, one that could be plunked any time, any place.

Let’s contrast that with my current release, Much Ado About Marshals, which is set in 1885 Owyhee County, Idaho Territory.  The seeds of the idea came to me when we came back home to see relatives and while there, visited some local sites.

I grew up there, so I’d been to Silver City many times, but this visit sparked my imagination.  What if a desperate bumbling cowhand botches up a bank robbery, is saved by his sensible friend, but then his friend is shot?  Hmmm.

Setting and character were on equal footing at this point—couldn’t have one without the other.  Why?  Because the bank and its proximity to the other buildings in Silver City were firmly a part of the story.  Besides, the sensible friend is Cole Richards and he has a ranch on Sinker Creek.  The bumbling cowhand is Bosco Kunkle and he’s Cole’s best friend.  Okay, so I moved geography around a little.  Writers can do this.

As I contemplated that scenario, we stopped by Our Lady Queen of Heaven Catholic Church in Oreana.  Even though I grew up not far from there, I never knew that the church was originally a general store.

(To read more about the history of the church in Oreana, here’s the Our Lady Queen of Heaven Catholic Church website: http://www.stpaulnampa.com/oreana.aspx)

Aha! In my imagination, I saw a vivacious young woman run down the steps, carrying a package.  She has a purpose and no one can stop her.  Her name is Daisy Gardner.  The store is Gardner’s Mercantile, owned and operated by her father.  An aside note—I’ve always thought Oreana was the prettiest name for a town, and so I envisioned a lively little town full of fun characters.  It was the perfect place for Bosco to take Cole for medical care.

And no, it’s not on the way to Sinker Creek from Silver City, so I moved it, too.  We writers have the power, you know.  Most people who aren’t writers wouldn’t connect the dots like we writerly people do, and they sure wouldn’t prattle on for nearly 100,000 words about it.  But we are strange birds, aren’t we?

So let’s say the editor wanted this story set in Boston.  First problem is law and order—they had some,Owyhee County wasn’t nearly as “civilized.”  (Many would contend that’s still true, but in my opinion it depends on your definition.)  At least 50% of the events could never have happened in Boston.  Worse, Cole would never have been accepted by the city fathers, and Daisy would’ve been ostracized for her behavior.  This story simply can’t be moved. 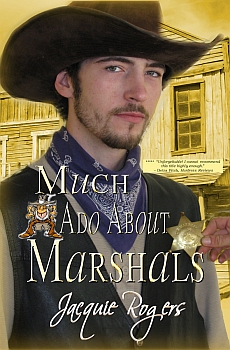 What about the story I’m moving from Wyoming to Idaho?  Truth is, I wrote this story before I understood the true power of setting and even if I’d left it there, the setting needed a lot of attention.  All the story required was a one- or two-building town that’s a day’s ride from a city (so not in Silver City), in cattle country, and not on a well-traveled stagecoach line.  The name of the book is Much Ado About Madams and I found the perfect town for the floundering brothel—Dickshooter, Idaho.  Just gotta do it.

But it’s not as easy as all that.  The distances require altering the story timeline.  Ever done that?  I don’t recommend it for the faint of heart.  And I might have to change history a little, because I’ve yet to find out when Dickshooter was settled and named.  Also, I’m moving the story ahead five years, so reference to external events that really happened, or presidents and the like, all have to be changed, as well as how those events or people affected the characters.

The point all this is to not underestimate the value of setting.  How do you use setting to the best effect in your stories?

Buy links for Much Ado About Marshals